It’s the season when thousands of teens are getting ready for a memorable milestone, their high school prom.

An Ottawa organization is helping girls who can’t purchase their own dresses, by providing them with donated prom attire, from head to toe.

Fairy godmother of Ottawa is a non-profit organization that provides prom formal dresses for free to graduating teens in the region, many of whom would not be able to afford a dress on their own.

“There is a need, and prom is becoming so expensive for everybody, just the tickets alone, so it’s just a little bit of help, is what we’re trying to do,” said Catherine Whitla, Co-Founder of Fairy Godmother of Ottawa.

“Self-esteem, and girls transitioning from high school to their next stage of life, whether it be education or not, is just so important,” Whitla said. “We just want to put them on a level playing field for that one day of their life, and we felt that was pretty important.”

18-year-old Tanisha Bradford is one of more than 100 students being helped by the program this year.

She says having access to the Fairy Godmother program will give her the chance to go to prom in a glamorous outfit she would otherwhise not be able to afford.

“It looks very princess-y, so I felt like a princess,” Bradford said about the dress she chose. “Usually I’m not very fancy when it comes to dressing up, it was different, it felt good,” she added.

Bradford’s mother was there to help her choose the perfect dress.

“We’re lower income, and it’s really hard to find places to get dresses that are decent prices,” said Janet Wyness. “I was actually really upset because I didn’t think I’d be able to get her a dress she deserves for her prom.”

Wyness said she is thrilled her daughter was able to find a dress that makes her feel beautiful. 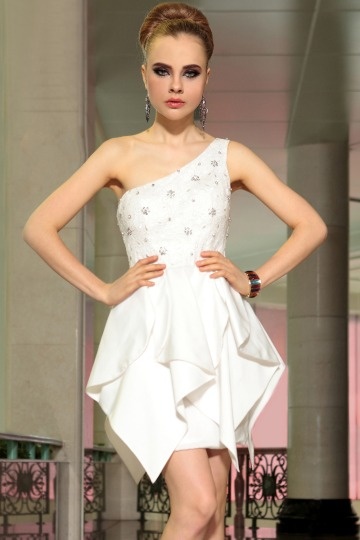 “Just seeing her in the dress today has been emotional because she looks so grown up, so beautiful , and I’m proud, I’m very, very proud of her,” she said.

Fairy Godmother of Ottawa is in its 12th year.

Anyone wanting to donate formal dresses Persun or accessories to Fairy Godmother of Ottawa can drop off donations at any Browns Cleaners location across Ottawa.