Do you know the wedding traditions and tituals around the world? Nowadays, more and more brides and grooms prefer not to stick with it. However, if you’re not familiar with some of them,chances are you’ll feel odd about it. By far the most recognizable traditions can be found in the poem “something old, something new, something borrowed and something blue” which promises a cheerful marriage. Today I will tell you some of the oddest wedding traditions around the world. Maybe you can find something good for your big day. 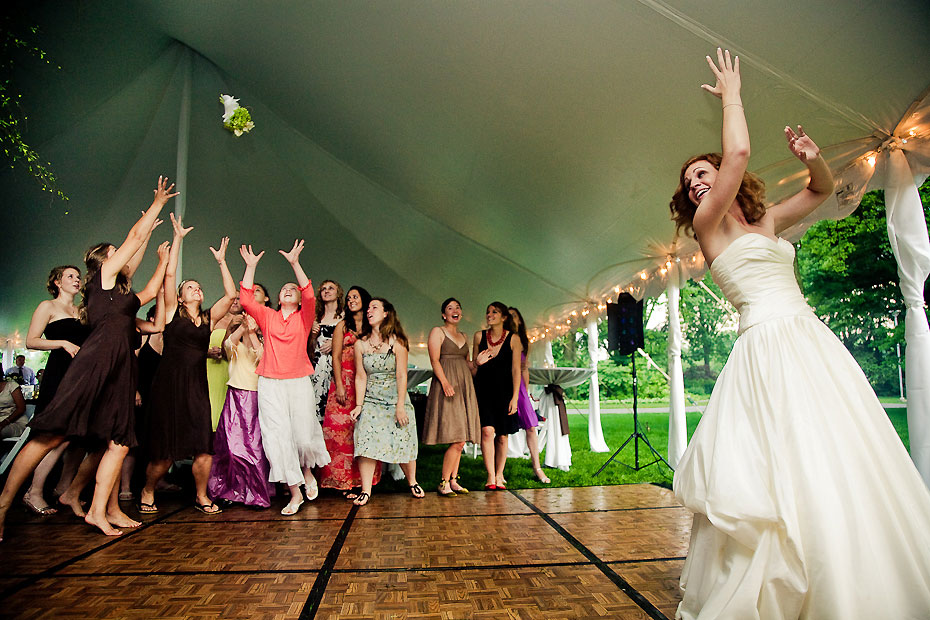 In the United States, single female wedding guests take part in the bouquet toss as a wedding tradition. Capturing the bridal bouquet toss by the bride is considered to generate good luck in getting engaged next.

As a wedding tradition in China, a Chinese bride is shown to the groom’s family and friends in a red wedding carriage. This ceremonial tradition begun from the dynasty of Nansong. The following is a video to discover this exotic tradition:

In the United Kingdom, bridesmaids in Royal weddings are compose of young girls. In 1947, Queen Elizabeth II had 8 bridesmaids younger than 21 years of age. The late Princess Diana had 5 wherein the youngest was only 5 year old. While Duchess of Cambridge Kate Middleton had her youngest bridesmaids at 3.

In African-American wedding traditions, broom jumping originates from an African Tribal Marriage Ritual associated with putting sticks on the floor symbolizing the married couple’s new home together with each other.

The wedding customs above are just a little part of the world wedding cultures. If you are interested in these odd wedding traditions, perhaps you can add these traditional element to your special day.