Whether there is a situation that you fell in love with a great dress online which is high quality, excellent design and even perfect match with your figure? However, it is a pity that you stand in awe before the striking high price. If you say yes, now, it is a great chance for you to get such a dress at affordable price. 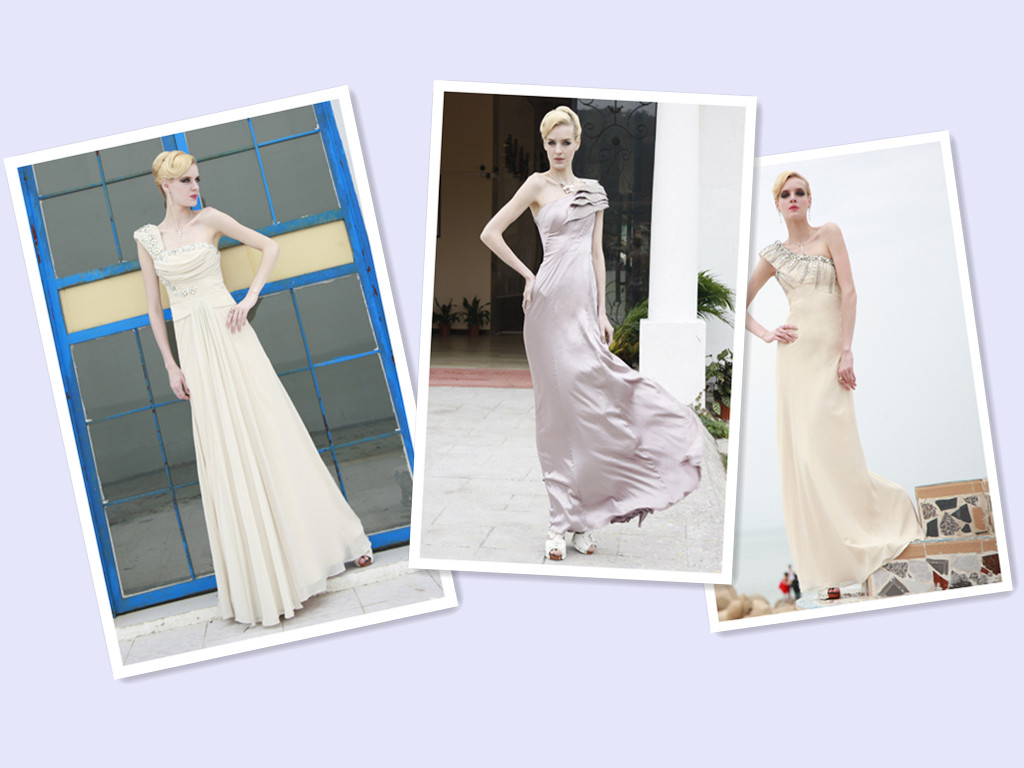 You can shop from the selected styles of prom dresses from PERSUN that are now up to 50% off or more. Prices start at just $109.99, ensuring that there’s a dress for every budget. All these prom dresses are in-stock and ready to ship. Shop now, as sizes and quantities are limited. 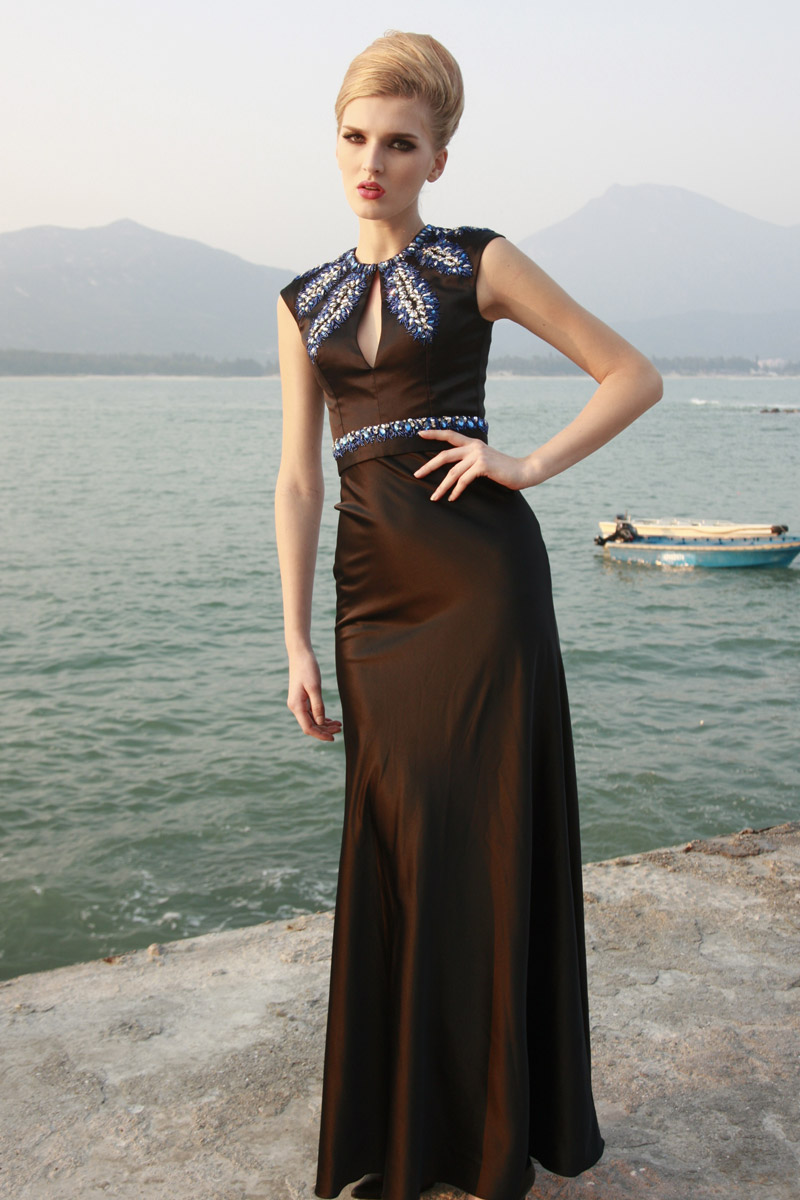 Shop now, as sizes and quantities are limited.

Select the ideal one among prom dresses and bring home lots of great memories after the prom. Have a wonderful prom evening!

It comes just once a year, but prom fashions account for about half of the 25-year-old Persun’s annual sales, James Chuang said.

“It’s a once-in-a-lifetime opportunity,” he said. “She goes to prom once, so she is willing to buy the best dress.”

Bright colors and fleshy tones will be common as girls take to the dance floor this spring. While many will wear ball gowns and classic evening dress “” the styels that never goes out of fashion “” James said some of the most fashion-forward teens will be wearing high-low gowns.

“The feature is short in the front and long in the back,” he said. “That’s a big trend today.”

Plenty of feathers make a dress for prom 2012 even trendier, he said.

Of the 11 PERSUN fashion lines, six are for prom. From his Brad Darcy headquarters, James Chuang each one and then travels the world in search of the perfect fabrics to bring his drawings to life.

At this point, the sketching is done and it’s time to start making samples of next year’s dresses. From those, he will choose which dresses will be offered up to his more than 2,000 retailers worldwide.

As a leading designer of upper-priced prom gowns, PERSUN’s head designer  Lynn Green helps to set the trends. But she also has to consider the opinions of parents and school officials when designing his prom fashions.

More schools, he said, are making rules about how much skin can show.

“We have to be closely in contact with all the school systems,” he said.

Lynn Green doesn’t want to say much about what his crystal ball of fashion shows for Prom 2013, but he does offer a hint.

Incomparable elegance is found in this floor length dress. Chunky jewel embellishments create eye and light catching shoulder straps. A wrapped, ruched bodice crosses over to form a sweetheart neckline enhanced with lines of more jewel embellishments. Soft layers form little pleats as they make their way to the floor and out into a subtle sweep train.

Available in Orange, Blue, Res, White, Pink and Green. Be a princess in this jeweled empire waist.

2012 prom dresses are all about elegance, class and subtle romance as well. One will see a host of sleeveless and one shoulder prom dresses this year. Somewhat like the red carpet scene at the Academy Awards, the bling, the cling, the sexy, dazzling and the sparkling, are all part and parcel of prom dresses for 2012 proms.
Prom dresses will feature deep V-necks, mid-thigh splits, cut-outs and halter. Revealed skin is the go and rose adorned shoulders and waists are the trend for this year’s prom dresses as well. Somewhat like the dresses of Greek Goddesses, the prom dresses of 2012 will be sophisticated and enchanting.
Popular colours are pink and turquoise. Silk dresses with fun floral patterns look so child and floor-length straight gowns that skim over the body look absolutely stunning. Another popular choice for prom dresses for 2012 are those with gradual colour fading in and out of the chosen fabric. These look superb in silks and chiffon fabrics and allow one more options for accessories.
Sequins will add a beautiful touch of sparkle to long prom dresses.

Prom is that once in a lifetime opportunity that combines youth, fashion and romance. Don’t be mistaken, your gown, not your date, is the highlight of the evening (wink). We know how important and memorable this night is, so leave the burden of style to us, and you can worry about the rest.

As the moon rises and the sun sets, evening creates the perfect environment for elegance, class and style. We have more than just a diverse selection of evening gowns; we have the fabric and textiles, the knowledge and the know-how to create your perfect evening””from material to memory.
Are there be many proms for you? And you are so expect to join it, which make you so excited and nervous. Are you worry about the hair the perfume the shoes ,and there must coming the most important thing , how to choose my dress , where is my dress ?
Don’t worry, Find more elegant prom dresses at persun.cc, there will make your princess dream come true.

So, you’ve sorted out your hair design, got your nail figured out, and even found some software to help you get ready for THE prom night, but now comes the hard part : the dress! Whether you’re looking for something long and glamorous or short and spunky, we’ve got something perfect no matter what budget you’re working with. Check out our under $100, under $250 options below!

Prom dresses that are UNDER $100

Don’t fret if you’re allowance is a little tight”it won’t stop you from finding your dream dress! If you want ALL eyes on you, go for this Sweetheart Short Yellow Puffy Prom Dress. We love the color design & the beaded details.

For a more vintage choice, you have the following short purple prom gown to wear. You could always have a puffy skirt with a laced & sequined top to draw people’s attention ! 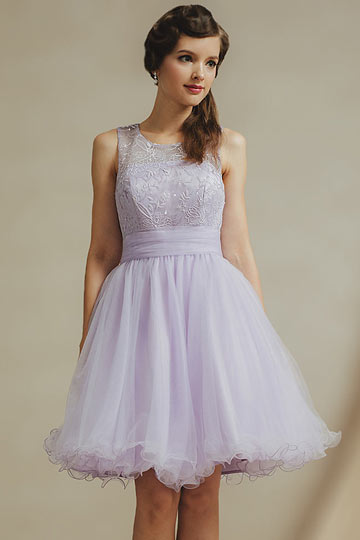 If you’re feeling super girly and want to steel the style from Kardashians Tcas, go for the replica below : Add a bright red platforms, and BAM ! You’ll put all the other girls (and guys) on the dance floor to shame. 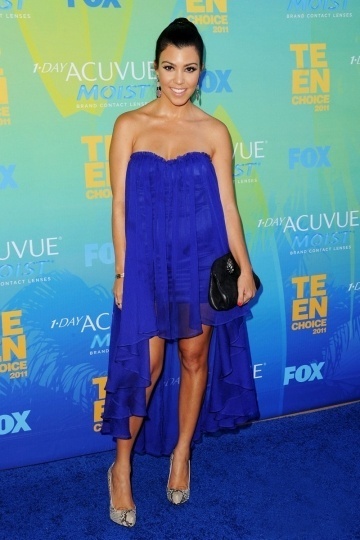 So, you’ve got some dough to burn, but mom is definitely still eying those price tags. Here are some dresses that are sure-fire showstoppers but don’t break the banks. 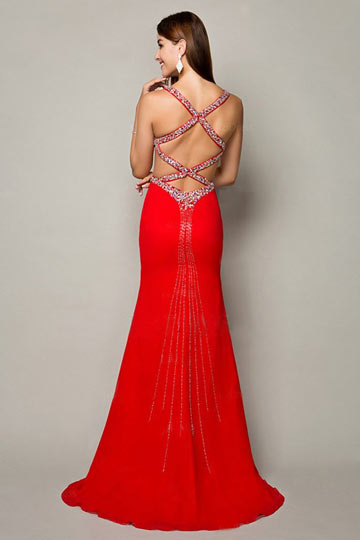 We loveloveLOVE this Sheath Spaghetti Strap Beaded Chiffon Evening Dress. It’s delicate yet sassy, and there’s even an glamours back to be exposed.

And we got this Sexy Slit front Prom Dress : The bead work is SO intricate that it’ll be impossible not to shimmer under the disco ball in this frock.